If the City of Newcastle approves the Energize Eastside project, and if that decision is affirmed in court, PSE would commence construction. PSE contractors would dig foundations for larger power poles within feet of two Olympic pipelines that carry 13 million gallons of jet fuel and gasoline through Newcastle each day. One small mistake could breach a pipeline and spill tens of thousands of gallons of fuel. A single spark could incinerate nearby homes and businesses.

The severity of a pipeline accident is accentuated because the Bellevue Fire Department does not have the necessary personnel or equipment to extinguish a pipeline fire. Instead, emergency responders would bring special fire-fighting foam from SeaTac Airport. A dangerous fire could burn for close to an hour before a response could be mobilized. Bellevue says the significant risk of such an accident “approaches the ‘catastrophic’ level.”

The EIS attempted to address public concern by studying the risk of a theoretical “pool fire.” The analysts concluded that lethal levels of heat would occur only within 113 feet of a pipeline breach. However, the EIS did not consider what might happen in uneven terrain. The risk of burning fuel flowing downhill is illustrated in the following diagram.

A pipeline breach near Newcastle City Hall would not remain in a circular pool. Fuel would flow downhill, endangering the Newcastle Library and Coal Creek Village Shopping Center. 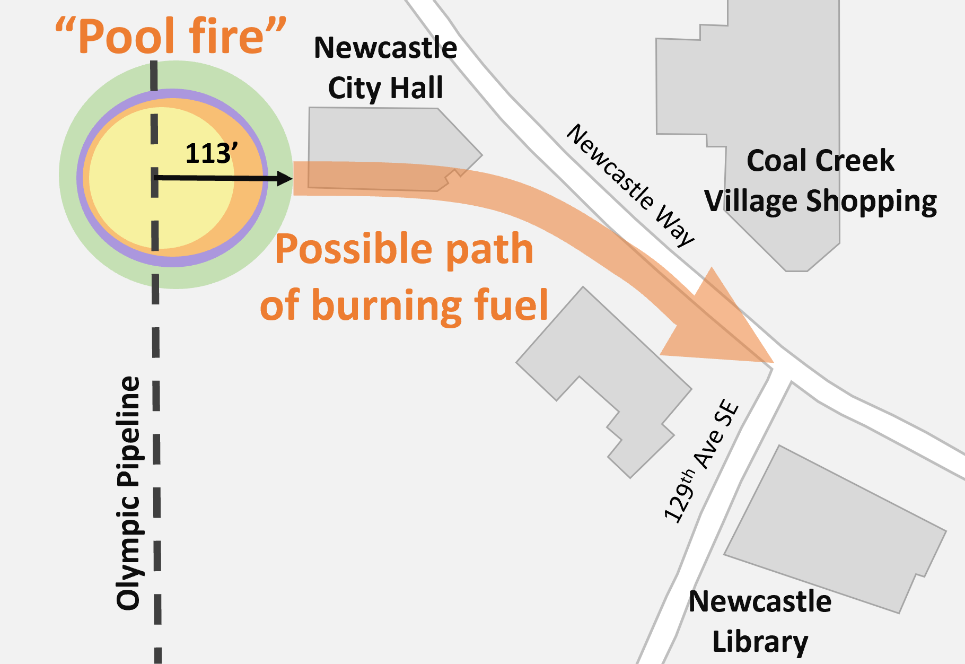 A pipeline breach near Newcastle City Hall would not remain in a circular pool. Fuel would flow downhill, endangering the Newcastle Library and Coal Creek Village Shopping Center.

The public remains alarmed by the amount of hazardous infrastructure that would be installed in a utility corridor barely 100 feet wide in various locations in Newcastle. Squeezing two 230 kV transmission lines in this narrow space along with two half-century-old pipelines is so difficult, PSE has asked the city for a variance from safety codes that were written specifically in response to the Energize Eastside proposal. For safety’s sake, it is common practice in the industry to locate 230 kV transmission lines in a corridor 30% wider than existing conditions. And that is a corridor with no pipelines! 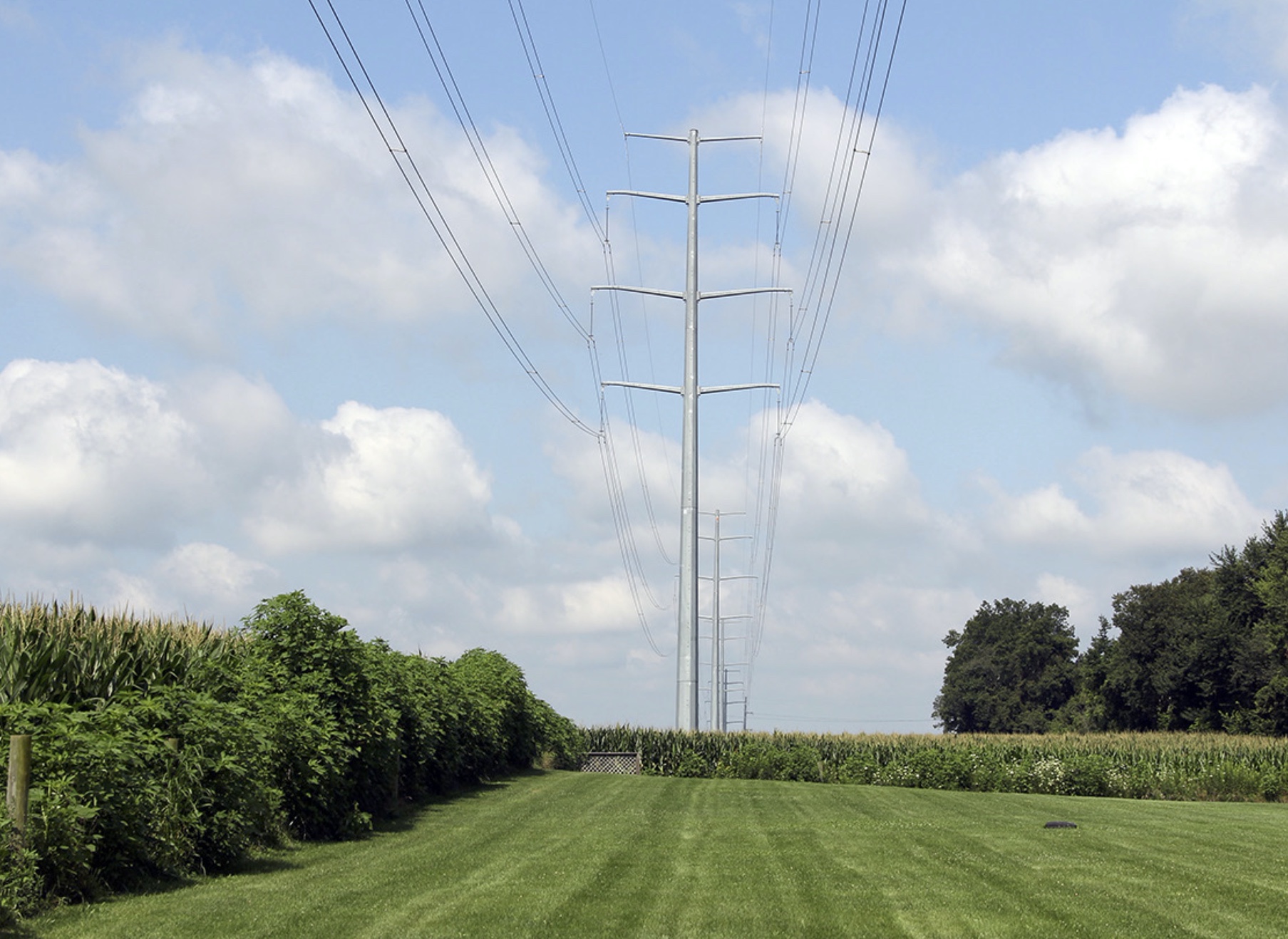 Fortunately, there are attractive alternatives to a transmission line upgrade, like a “Virtual Power Plant” comprised of rooftop solar panels, residential batteries, and smart grid technologies. This infrastructure would not be placed in the utility corridor and would not pose any additional risk to the pipelines.