Late last year, the City of Bellevue approved a land use permit that would allow PSE to build “Energize Eastside” – a major upgrade of transmission lines running through dozens of Eastside neighborhoods.

CENSE appealed the decision of the Hearing Examiner to the Bellevue City Council. The Council rejected the appeal in November 2019.

CENSE appealed to King County Superior Court. The preliminary hearing will be heard on May 22. A full hearing is scheduled for August.

If you only have time to read one, we think the fourth brief is a clear and compelling statement of CENSE claims. The first page describes three significant issues with PSE’s project. We hope you find it as interesting as we do! 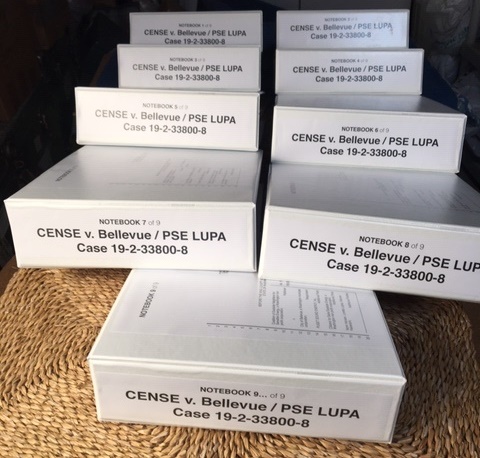